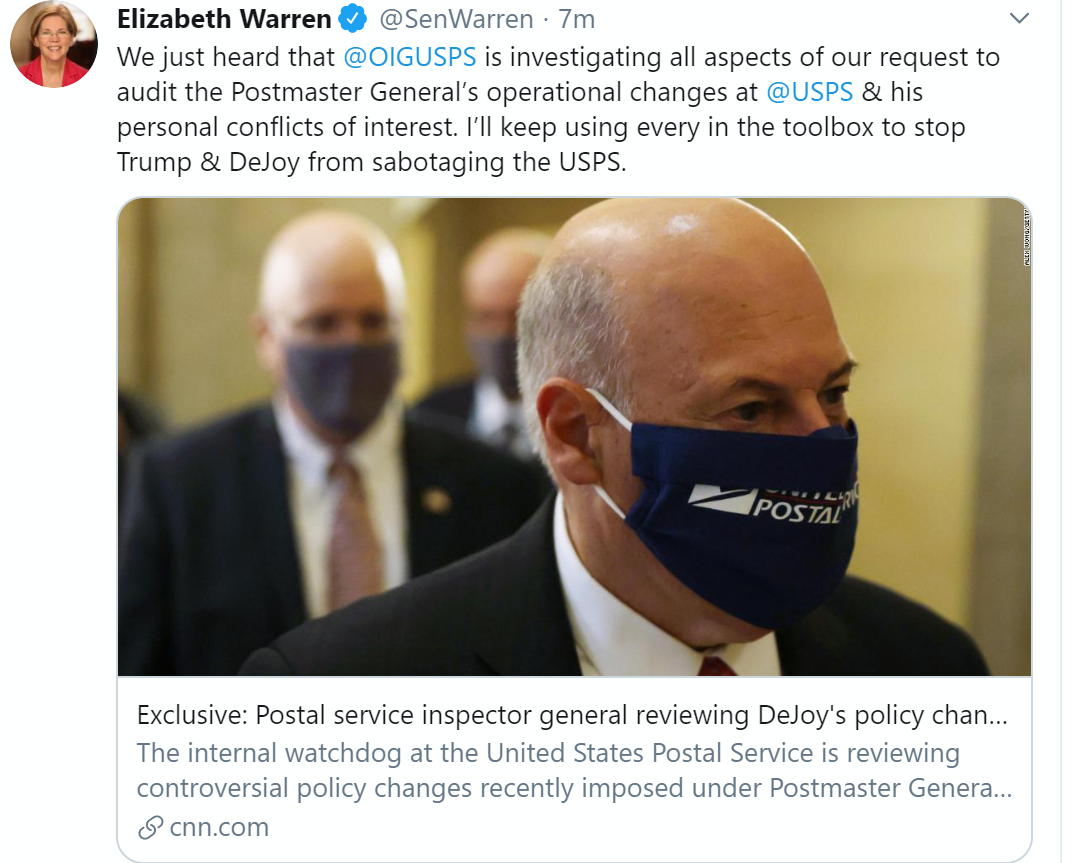 Elizabeth Warren @SenWarren We just heard that  @OIGUSPS is investigating all aspects of our request to audit the Postmaster General's operational changes at  @USPS & his personal conflicts of interest. I'll keep using every in the toolbox to stop Trump & DeJoy from sabotaging the USPS.

Last week, Warren, a Massachusetts Democrat, and eight other Democratic lawmakers asked the inspector general to launch an inquiry into DeJoy on a number of fronts, including the nationwide policy changes he's made since taking over in June, as well as whether DeJoy has "met all ethics requirements."

CNN first reported earlier this week that DeJoy still owns at least a $30 million equity stake in his former company -- a USPS contractor -- and that he recently bought stock options for Amazon, a USPS competitor. These holdings likely create a major conflict of interest, ethics experts told CNN, though DeJoy and USPS maintain that he has complied with all federal requirements.

News of the watchdog review comes one day after Trump brazenly admitted that he opposes much-needed USPS funding because he doesn't want to see it used for mail-in voting this November. The pandemic has led to record-breaking levels of voting-by-mail, but Trump has tried to restrict the method because he claims it is rife with fraud and abuse, claims that CNN has fact-checked multiple times and are largely without merit.